14 March 2014
A Brantford woman and Silver Cross mother has died. March 13/14 Gail Leary was 57. She was the wife of Richard Leary Sr. and the mother of Capt. Richard 'Steve' Leary, of Brantford. Her son was on a tour of duty in Afghanistan with the Princess Patricia's Canadian Light Infantry out of Manitoba when he was killed in a firefight with Taliban militant on June 3, 2008. He was 32. http://www.brantfordexpositor.ca/2014/03/13/obituary-silver-cross-mother-gail-leary-was-57

Share this picture if you want a First Responder or Veteran to know you are available for them to talk....if they are thinking of hurting themselves.

From Families of the RCMP for PTSD Awarness.

No Family will go Unsupported On our Watch Families of the RCMP for PTSD Awareness Vision
We are driven by RCMP spouses, active and retired RCMP Members who are all PTSD survivors, with the primary commitment to ensure that the voice of RCMP Members,

their families and caregivers are heard on issues relating to Post Traumatic Stress Disorder (PTSD) and Occupational Stress Injuries (OSI). 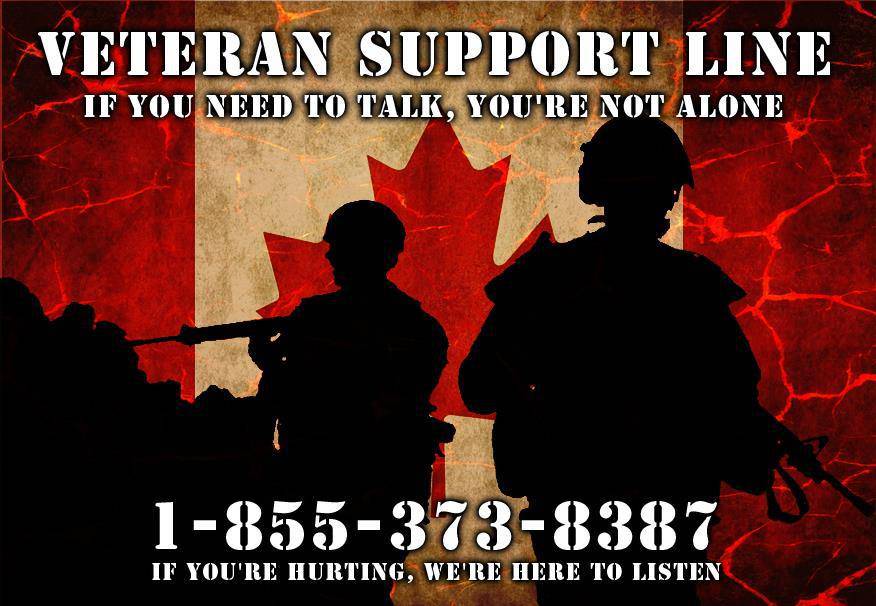 It is with sincere regret that 56 Family Support Group wishes to share with our members the passing of Petty Officer 1st Class, Cynthia “Dale” Harrington, CD on January 16, 2014 at Victoria Hospital, London with her family at her side.

Dale was 56 Field Regiment’s Chief Clerk during a time when our Regiment sent many of our gunners on tour to Afghanistan.  Her uncompromising professionalism, insights and compassion ensured everyone was administratively prepared to join their Task Force and helped those returning ease gently back into the Regiment on their arrival home.

PO1 Harrington was the compensurate mentor and skilled supervisor.  Dale greatly enjoyed baking in her spare time and everyone looked forward to each Thursday where the Brantford lunchroom was filled with desserts fit for a banquet table.

Dale will be greatly missed and never forgotten.

Further information on visitation, funeral arrangements and memorial donations may be found at http://www.obitsforlife.com/obituary/837702/Harrington-Cynthia-Dale.php

The children at the FSG Christmas Party ( DEC 1) in Hamilton had a great time. All made crafts, ate yummy treats and sat on Santa's knee. They enjoyed their presents and went home smiling with many good memories. Donna, thanks for organizing it again this year.

IF you have any fun pics to send me......I"ll put them on the website. Made a tool box 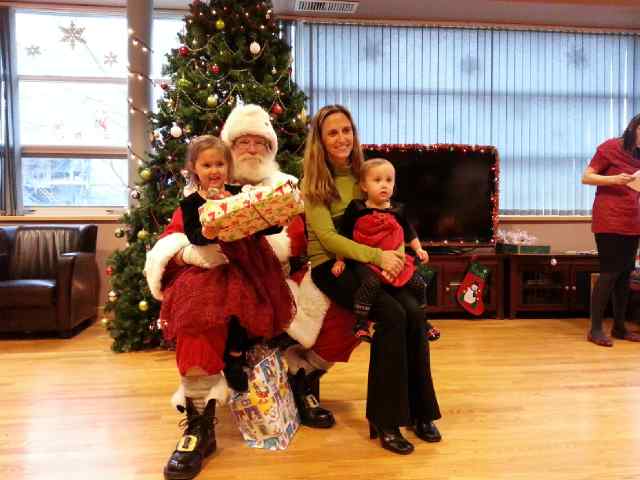 Congratulations to Sgt. James Cavin on receiving the Sergeant of the Year Award 2013.


The RCA Sergeant of the Year Award 2013 – Primary Reserve

Sgt Cavin has demonstrated outstanding leadership skill and been instrumental in the orchestration of training. His expertise, guidance and mentoring produces highly motivated and technically sound gunners for the Regiment. His performance as a senior NCO has been exemplary.

Presented for outstanding leadership and performance throughout the year. Sgt King’s consistent high standard of leadership and technical expertise provided a positive example for his subordinates. He has proven to be an asset to The Royal Regiment of Canadian Artillery.

Criteria
The Award is for the individual whose performance has demonstrated over the period of the assessment year, outstanding leadership, emphasizing the example set, the gaining of the respect of his or her subordinates, peers and superiors, and the positive effect on The Royal Regiment of Canadian Artillery which the nominee has had. Factors that should be considered in the selection include competence, confidence, courage, fitness, integrity, military achievement, CF recognition, self-improvement and education advancement, and loyal and dedicated service to The Royal Regiment and its members